Can You Pitch a Tent Anywhere? Everything You Need to Know About Wild Camping (2022) 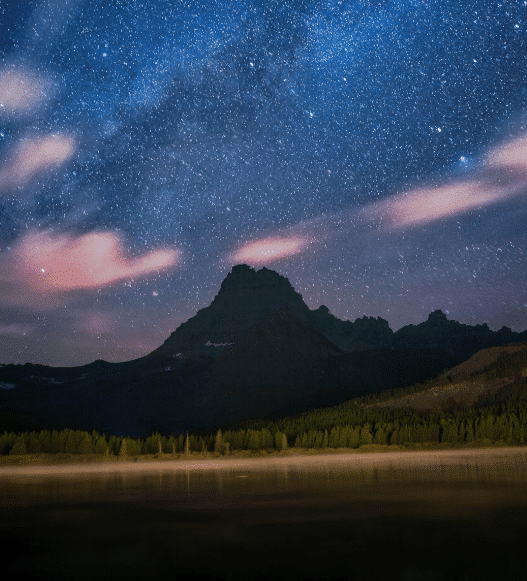 Camping is the ultimate salvation from the long working week and allows you to be at one with nature. You can feel liberated out in the wild with no one to answer to, and free of tedious technology clogging up your days and nights.

Wild camping has become a sort of cult movement, with more and more campers and hikers choosing to pitch their tents in vast open meadows and in deep lush forests, rather than join others at designated camping sites with the usual basic amenities. Whether you’re on a backpacking trip, doing some tent camping, or on a road trip, it’s nice to be able to find tent sites or free campsites that aren’t on private land.

And while sleeping out in wide open spaces under the stars sounds like the ultimate act of defiance against rules and the daily grind, there are bound to be some regulations and restrictions. The last thing you want to have on your camping trip is a police officer waking you up and telling you to move on, or receiving a heavy penalty for being in a no camping zone. 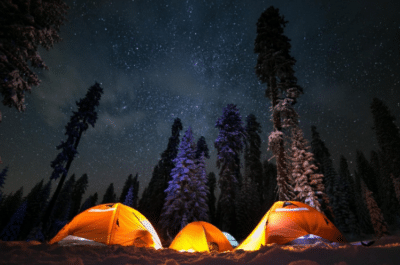 So can you pitch a tent anywhere? Not exactly, but there are plenty of stunning places across the country that allow you to camp without costs, you just need to know what to look for.

Camping in National Forests and Grasslands

In the USA, there is a general rule that you can camp anywhere that is within the borders of National Grasslands. This gives you millions of acres of public land greenery to play with across the Rocky Mountains and the West Coast.

You could be waking up to pronghorn antelope grazing outside your tent in Grand River National Grasslands in South Dakota, or taking in the view of Mt. Hood while you sip your morning coffee in your sleeping bag in Crooked River National Grassland in Oregon. Make sure that upon arrival you check for cattle as you won’t be able to pitch tents in those fields. 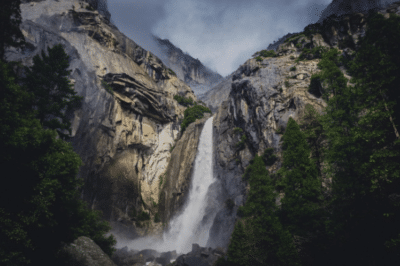 You also have the luxury of being able to camp in any National Forests all across the US. Some National Forests may require permits which can be picked up from ranger stations, so check online before arrival. This gives you the freedom of free camping from the uppermost corners of Washington, through the Pacific Northwest and Southwest, down to the expansive prairies of Arizona and beyond.

While camping in areas where bears may be living and hunting, you should ensure that anything scented, from food to gasoline to toothpaste, should be wrapped in airtight containers and hidden inside vehicles or in food storage lockers provided at some campsites. Using bear spray and cooking food away from your sleeping area will also help to deter bears from your campsite, but exercise caution nonetheless.

National parks have a lot more restrictions when it comes to pitching your tent compared to our forests and grasslands. Not all of the 392 national parks have developed campsites, but many of them do provide campgrounds, often for a small fee per night. There are often entrance fees to national parks, so check to see if those costs include camping fees.

There are two types of camping to consider when looking at exploring national parks. The first is developed campsites, ranging from basic sites with the bare minimum when it comes to toilets and other amenities, to more modernized grounds with electricity outputs and hot water. Researching beforehand on the national park’s official website is the best way to be prepared, especially if the campgrounds require prior booking and fees paid in advance.

The other type of camping is backcountry. This requires you to pack your entire night’s supplies on your backs and make your way up and through the national park until you find somewhere to pitch and sleep.

Some national parks may have designated backcountry camping spots, whereas others may give you the freedom of choice. Checking before you make the journey and paying any camping fees ahead of time will make your trip a lot more straightforward and enjoyable.

The Best National Parks for Camping

The United States is blessed with some of the most beautiful national parks in the world, with sixty-one parks across 29 states protected by the National Park Service.

As it’s one of the most famous national parks in the US, it attracts a deluge of campers from all corners of the world. Thankfully, the park is home to thirteen campsites, so you may be able to avoid the chatter of too many fellow campers.

Seven of the thirteen campsites require reservations to be made, which can be done on the official National Park Service website. Note that peak times, between April and September, can be uncomfortably busy with campsite bookings a necessity well in advance.

With twelve designated campgrounds and over three hundred backcountry campsites available, Yellowstone is a camper’s dream. Famous for its breathtaking waterfalls and active geysers, the park is a must for anyone fascinated by nature. 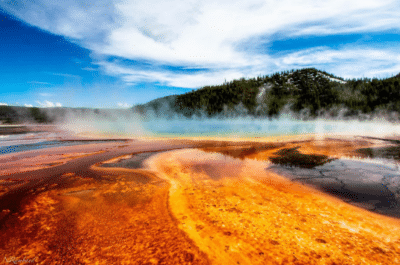 Have a dip in the park’s Boiling river – a large steaming hot spring cool enough to swim in. Don’t leave without making the trip to the Steamboat Geyser in the Norris Geyser Basin, which holds the title for the tallest active geyser on earth.

Due to Yellowstone being a seasonal destination, most official campgrounds are closed between November and March, with only the Upper Pines, Camp 4, Wawona and Hodgdon Meadow campsites open year round.

Affectionately known by Native Americans as the ‘Backbone of the World’, the Glacier National Park in Montana is the US’s answer to the Swiss Alps. If you’re a fan of skyscraping mountains,cradling glistening lakes in their valleys and long hikes through untouched wilderness, Glacier National Park could be your nirvana.

There are thirteen designated campsites to choose from, nestled in all corners of the park. For a backcountry camping adventure, there are many sites available, but a permit is required, and from May through to October you will need to pay seven dollars for the privilege. Wild camping throughout the rest of the year is free.

Sleeping at Truck and Rest Stops

When you’re not going to make it to a campsite before nightfall, you may need to park up and sleep anywhere available. This is a much easier feat when you are travelling in an RV, as pitching a tent not only takes time but also the right location and good enough ground for pegs, if used.

Some rest stops may only provide parking spaces on concrete, so taking up extra room and sleeping on a hard surface may be a no-go for you. In this case, it’s usually a lot less hassle if you sleep in your car, depending on its size and the number of travelers.

Each rest stop and truck stop has its own rules when it comes to overnight parking and camping, so read the signs first and read reviews online to see what other campers say.

There are also an abundance of camping apps that help you locate nearby camping spots, free or otherwise, with trusty reviews, maps, a list of the available amenities and pictures. If you are in the middle of a town with no sign of local campsites or truck stops, make your way to the nearest Walmart.

Many of the retailers offer free RV parking overnight, however time limits will usually apply. Not all Walmarts allow this as they may share parking lots with other businesses, so check in advance online for the individual Walmart store’s rules.

Sleeping in your car or van in a Walmart parking lot doesn’t sound like the stuff grand camping adventure dreams are made of, but at least you can pick up some food and use clean, flushable toilets inside!

At certain times of the year in particular states there may be varying rules on campfires. Check online or pay a quick visit to a ranger’s station if you’re not sure if you can light a fire.

Doing a quick Google search of each place you intend to lay your head that night is also recommended, just in case a permit is needed. Keeping a close eye on road signs for private property and camping areas could also be the difference between a good night’s sleep and a hefty fine. 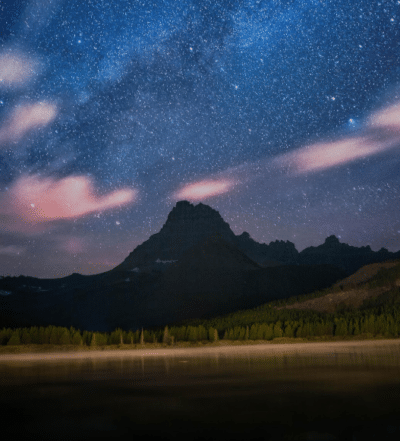 Be Prepared for No Amenities

In designated campsites across parks and forests you can usually enjoy basic amenities like lamps, compost toilets and running water. There may also be fire pits or barbecues and parking areas. When pitching your tent in the middle of nowhere, be ready to improvise for a night in total darkness without a water source!

Having a decent camping stove, plenty of toilet paper and drinking water on hand will make your night a lot more comfortable! It’s also highly likely that setting up camp in the middle of a forest will take you off the grid. If you’re lucky enough to get phone signal to make calls, you sure won’t be able to access the internet! So packing an atlas, maps of National Parks and a compass will make sure you can get from A to B with ease.

It goes without saying, but camping out in the wild means that you need to be extra careful about not leaving a single trace on exit. There should be no sign of where you pitched your tent, no food wrappers floating in the wind, and no food waste lying in the bushes.

It’s imperative that you take everything with you, leaving not a single bag of trash behind. If campers stick to this mentality that this land is for everyone, and it’s wild and beautiful and not to be tainted by humans, we can continue to sleep under those wide open skies, leaving pristine natural spaces for the next generation of wild campers.