How to Keep Bears Away From Your Campsite (2022) 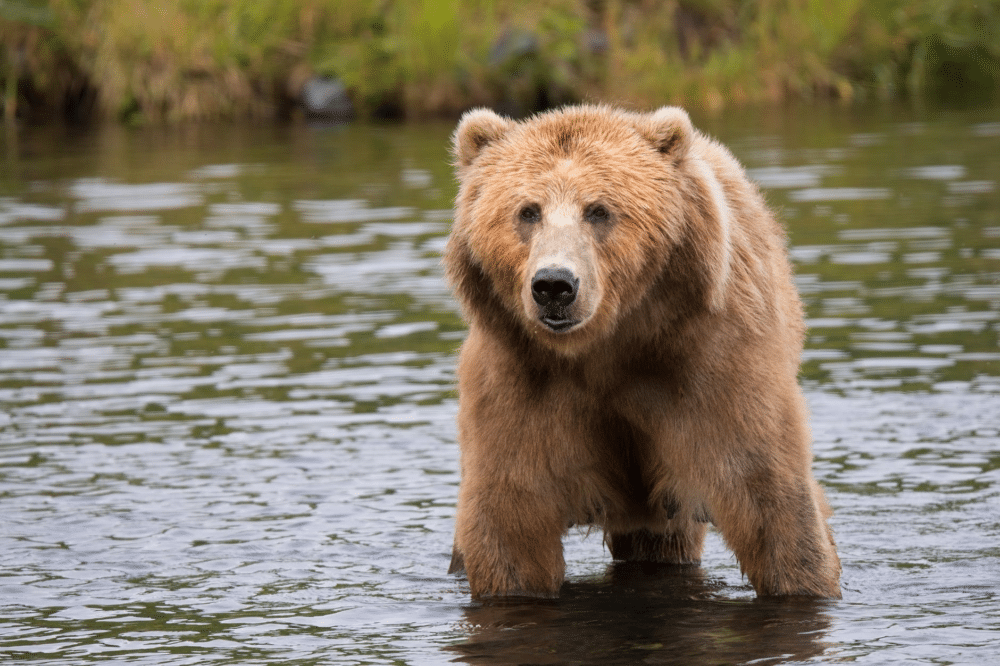 When camping, whether you’re in your backyard or in the backcountry, you will often encounter all types of wildlife. You may spot deer or rabbits as you travel through the wilderness.  Your campsite may also get the occasional visitor such as a raccoon looking for something to eat.

One campsite visitor you do not want to have is a bear.  It is not uncommon for bears to wander into campsites after being attracted by the scent of food, or a camper accidentally setting up camp in a place with high bear activity. These encounters can often end in tragic results if you are not prepared on how to handle such an encounter and not sure the best way to store food while camping.

The following will present some tips on how to keep bears away from your campsite, as well as some tips for if you go have an unexpected visitor to your campsite.

When camping in bear country, you want to have your campsite be as interesting for a bear as possible. There are a few things you can do make sure that bears will pay little to no attention to your campsite. 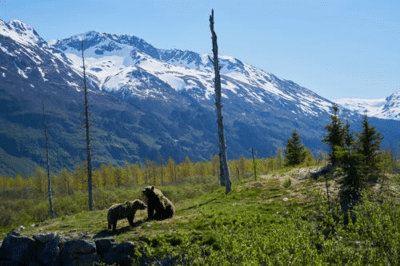 Cut Down on the Smell

The most important point in this section is to keep your campsite as clean and unattractive to bears as possible. Be meticulous on picking up and disposing of anything that may attract bears to your camp.

Many fatal bear encounters are due to human negligence. If you see bears near your campsite, do not feed them. This has the consequence of possibly encouraging the bear to enter your campsite, but it may cause them to lose their fear of humans. Once this happens, bears may approach humans as a source of food, which can lead to not only humans being harmed, but the bear having to be tracked down and destroyed. 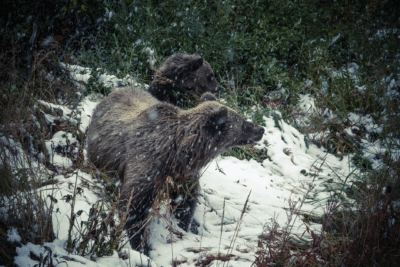 Bear Spray and Other Deterrents

You should never enter bear country with some form of deterrent. If you encounter a bear there are a few things that can help to keep you safe.

Bear spray is a good deterrent that you can keep on you, as most come with a carrying case that can be attached to a belt. You do not want to be fumbling in your backpack when a bear is charging. These sprays create a fog from a safe distance that will keep the bear away and allow you to put some distance between you. These sprays are environmentally safe pepper spray and will not permanently harm the bear. Make sure it is bear spray, as normal self-defense spray will have little to no effect on bears.

You can also attach a bear bell to your backpack. This will make constant noise as you walk around and hike. By making constant noise,this will alert bears and other wildlife to your presence allowing them to keep their distance as well.

Another deterrent for your campsite is a bear fence. These are lightweight electric fences that can be placed around the perimeter of your camp. This will give any curious bear a 6,000-volt jolt on contact, which will be enough to change their minds about investigating your campsite further.

Being Safe in Bear Country

In North America, there are three main types of bears that you may encounter in the wild. These are black bears, polar bears, and grizzly bears. Polar bears tend to only live in the Arctic regions, so we can assume that encountering them will be less likely for most campers.

Black bears are the most common bears in North America and can be found in all fifty states. They are predominantly black in color, but can be also brown or gold in color. They tend to be gentler and avoid humans more than their cousins. 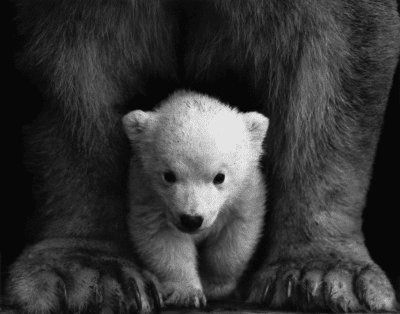 Now that we know the types of bears one may encounter, it is important to understand bear behavior. Understanding their behavior can help to keep an unexpected encounter from becoming a tragic accident, instead of an interesting anecdote to tell friends around the campfire.

Keeping Yourself Safe While Hiking

There are a few things that you can do to keep yourself safe when hiking in bear country. Never hike solo, as bears will be less tempted to attack a group than one person alone.  Make noise, such as ringing bells, singing, talking loudly, or clapping. Again, making noise will avoid taking a bear by surprise and possibly provoking an attack. 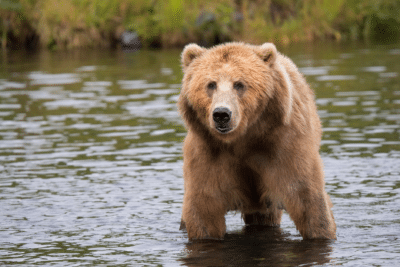 While many people like taking their dogs hiking and camping with them, when in bear country it is advisable to leave your furry friend at home. Dogs may instinctively go into protective mode and start barking. This could provoke a bear attack with tragic results for both you and your pooch.

Never approach a bear, especially is they are sleeping. Remember, a startled bear is a dangerous bear. If you see a bear with cubs, definitely do not approach them, as the mother bear will instinctively attack to defend their young.

These tips will ensure that you have a great experience while camping in bear country. Again, most bears will avoid humans. If you have hiked in bear country and not encountered a bear before, that is due to the bear being effective in avoiding you. Remember that the chance of encountering a bear while camping can be rare, but if you do you know how to protect yourself and ensure that both you and the bear go your separate ways in peace.