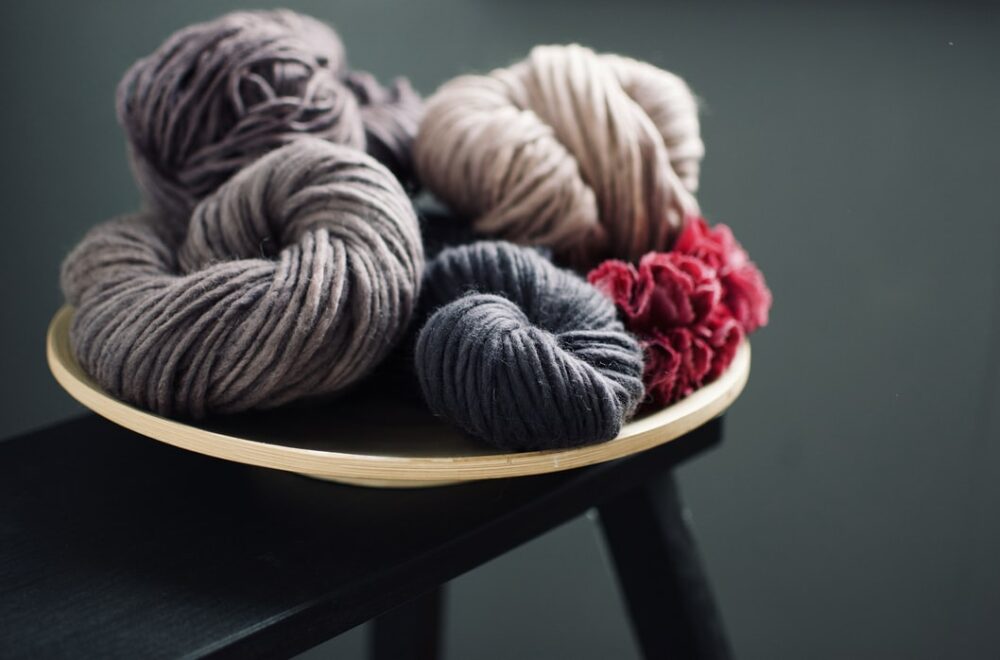 No one likes wearing wool. It’s uncomfortable, and it’s itchy. However, there’s a difference between traditional wool and merino wool.

Wearing merino wool clothing is odor resistant, moisture-wicking, washable, and temperature regulating. While there are many benefits of merino wool, there are also some drawbacks! 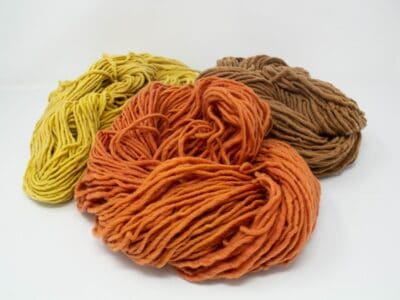 What Is Merino Wool?

Merino wool is made from merino sheep that live in the mountains of Australia and New Zealand. These sheep originally lived in Spain, and they were thought to be so precious that it was illegal to export them. Merino sheep are also bred in the United States and some parts of South America.

Merino wool is superfine, which makes its fibers longer, softer, and stronger. There are still many similarities to regular wool, though. However, its main difference is that while it can keep you warm in the winter like traditional wool, it can also keep you cool in the summer.

To give you a reference on how thin merino wool is, human hair is about 75 microns and regular wool is about 40 microns. Merino wool is between 15 and 24 microns. This might sound kind of confusing, but if you think of wearing a sweater made of human hair and it’s thicker than regular wool, you’ll get it.

Most wools are antibacterial, which means that you don’t have to wear as many layers when hiking a mountain. Merino wool fibers work kind of like insulation in a house because the thickness of it prevents bad bacteria from passing through. Especially the kinds of bacteria that make bad smells.

Also, merino wool absorbs moisture. This means that sweat is absorbed into the fabric instead of hanging out on your body. The keratin in the wool products breaks down the bacteria that create odors, so the wool basically washes itself. Even though the wool is washable, you don’t have to wash it as often as you do your other clothes! Just hang it up to air out, and it’ll be as good as new the next day.

Wool has hydrophilic fibers, which is what makes them so functional. These fibers can absorb up to 35% of their own weight in moisture and not feel wet at the same time. The moisture moves into the middle of the fibers instead of remaining on the surface of them. They are also what makes wool so warm and insulating.

Breathability is scientifically called moisture buffing. It’s called that because of the way the fibers absorb moisture from the microclimate directly through the skin and release it when it gets dry again. Some people wear wool in the warmer summer months because of how quickly it dries out. When it releases the moisture that it has absorbed, it gives you a fresh feeling that makes the article of clothing feel very lightweight.

Just because wool doesn’t get smelly often doesn’t mean that you can leave it unwashed. And sometimes you’ll have to wash it because you spilled something on it. Merino wool has a very easy-care system but washing it gives the option that it will shrink or get damaged. Here are some tips on washing merino wool.

Each item of clothing could have different care instructions, so don’t blindly follow these steps without checking the item’s tag first. However, these steps are the basics for all wool items. And there are a lot more wool clothes than just sweaters and socks.

Wool has lots of versatility. It’ll keep you warm in the colder months and cool in the warmer months. Everyone knows that wool will keep you warm, but not a lot of people know that it’ll keep you cool. When the fibers absorb body heat, it’s also removing the heat from you and keeping it off you. This explains why merino sheep don’t die from the heat under the Australian sun.

UV radiation is harmful no matter what time of year. The sun doesn’t take breaks during the winter months. If you wear merino wool clothing, you don’t have to worry about getting too hot in long sleeve t-shirts or getting sunburnt in short sleeve t-shirts. Merino wool will keep you cool enough during the hot months so that you don’t need to get sunburnt arms a second thought. 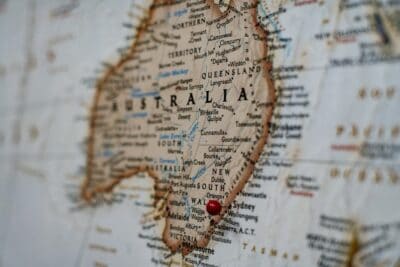 Australia is the most popular place for breeding merino sheep.

T-shirts made of synthetic fibers build up odors and stains so easily, you barely have to look at them before it happens. They don’t have good insulation, but they have great durability and elasticity. More expensive synthetics don’t have these same downsides, but they’re about the same price as merino wool products.

Alpaca fur is one of the major furs that could give merino wool a run for its money. It’s very warm, which makes sense considering that alpacas live in the Andes mountains. It’s about as soft as cashmere. It does the same job as merino wool when it comes to smell and dirt.

Cotton is not very good for outdoor activities that could lead to sweating. This is because it gets very heavy, stinky, and dirty very quickly. It is by far the cheapest fabric, but is it worth it at the end of the day? It is softer and could be better for very sensitive skin, but it’s not the best if you do not have sensitive skin.

When you first think about it, a shirt made of wool sounds awful. But, because merino wool is better than regular wool, it makes lots of sense to wear merino wool shirts when hiking. They have great breathability and provide a really good base layer. Smartwool makes several different kinds of merino wool shirts for men and women.

These aren’t going to be like the wool sweaters your grandma used to make for you. They’re super soft and super warm. Guys have several options over at Smartwool’s website, and girls have some good finds over there too.

It sounds gross. If you’re weirded out by the thought of any kind of wool underwear, you don’t have to get any. However, it’s not as uncommon as you might think. Hikes can get cold, especially when you’re doing some extreme mountain climbing. On the other hand, you can sweat in all kinds of places if it’s hot outside. Men’s and women’s merino wool underwear is very resourceful in any climate.

Not The Softest Fabric

Merino wool may be softer than traditional wool, but it’s definitely not the softest fabric out there. It’s without a doubt not as soft as silk, and it’s sometimes not as soft as cotton. Think about it: have you ever seen merino wool be used as bed sheets or towels? You most likely haven’t, and even if you have, you’re probably one in a million when it comes to that. Merino wool towels and sheets aren’t going to catch on anytime soon. 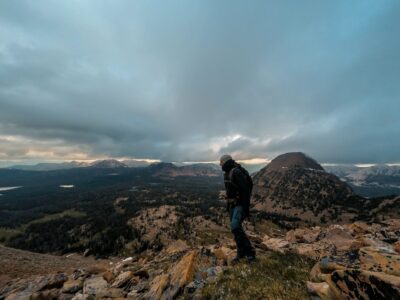 Hiking in merino wool is very easy because you really only need a base layer and an outer layer for cooler climates.

Merino wool is durable to a very certain extent. Sure, it’s more durable than traditional wool garments. However, you’ll notice that the elbows will develop holes after so many wears. It’s not necessarily a bad thing, but it’s not a great thing when you remember how expensive it is. There aren’t many kinds of merino wool pants because of this reason.

Related to durability, moths love merino wool. Moths are drawn to animal fibers to snack on. Because merino wool is made from merino sheep, you’re probably going to have to defend your clothes from the moths who want to turn them into dinner.

Let’s face it: merino wool garments aren’t that stylish. If you want to wow everyone you’re going hiking with or just hanging out with, it’s going to be hard to accomplish that in merino wool clothing. It doesn’t have great versatility, so it’s hard to get the fibers to do something other than plain colors.

You probably won’t see many merino wool products at the next fashion week. However, merino wool isn’t meant to be beautiful; it’s meant to keep your body temperature at a normal level.

Holds Moisture For Too Long

Merino wool has hydrophilic fibers in it. Hydrophilic is Latin for “water-loving.” It has a very hard time letting go of any moisture it has collected. It can hold up to 35% of its weight in moisture and not feel wet, but that doesn’t mean that it won’t feel heavy. Everything is heavier when it’s wet, and merino wool is no exception.

There are some people who have found that certain merino wool shirts can take under an hour to air dry. However, these shirts are the exception. It will most likely take much longer for merino wool clothes to dry. Synthetic fabrics dry a lot faster than merino wool fabrics.

True merino wool clothes that are of good quality are going to cost you a very pretty penny. While you could get the same kind of shirt made of synthetic fibers for maybe $10, the shirt made with merino wool fibers will cost around $50. And that’s just for one t-shirt. It’s good quality items, but the price tends to drown out the quality aspects of it.

There are so many articles and blog posts online that tell what actually happens to sheep who get sheared for their wool. There’s a particularly bad method of shearing a sheep’s rear end called mulesing. You might want to refrain from searching this word in any search engine if you have a weak stomach because the pictures are very graphic.

Mulesing is when a sheep farmer removes big patches of flesh and skin from the butt area of a sheep to prevent blowfly infestation. This infestation is called “flystrike,” and it is a condition where flies lay eggs on an animal and the maggots each the flesh of the animal they were laid on. It can be fatal in extreme cases and is painful in every case. So, to prevent this disease, some sheep farmers cut off the skin of a lamb.

There are several other methods to prevent flystrike. However, mulesing is still popular all over the world. This technique is used for all types of wool, and merino wool companies are cautious about working with non-ethical farmers.

It’s your decision to figure out if you think it’s wrong or not, so don’t let this pressure you into deciding to never wear wool again. You decide what you put on your body, so you decide if you think this is a downside to wearing merino wool or not.

Merino wool can have many benefits. However, it also has many drawbacks. It can definitely be worth the money. But, it can also prove itself not to be. There are lots of different ways to look at this, but you have to make the decision that is best for you and your lifestyle. If you like to hike in both hot and cold climates, investing in some merino wool clothing probably isn’t a bad idea.

If you only like hiking in hot climates, you might want to consider synthetic fabrics to see if you like those first. You don’t want to spend a lot of money on merino wool only to decide that you hate it. If you just like to hike in cold climates, think about your options. You could get merino wool clothes and be extra toasty, or you could get alpaca fur clothes and feel super soft and warm.

Bonus tip: check out this video for more information about merino wool!